Metro Kelowna is the fastest growing area in Canada: Census 2022 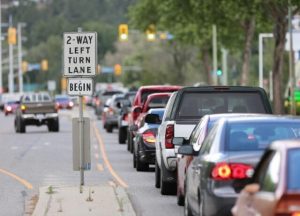 The Central Okanagan has surpassed 200,000 people.

Figures from the 2021 census released Wednesday by Statistics Canada show the Kelowna Census Metropolitan Area (CMA) has grown faster over the past five years that any of the other 40 CMAs in the country.

“I’m not surprised at all,” says Loyal Wooldridge, acting mayor of Kelowna and the chair of the Regional District of Central Okanagan.

“Seeing growth of 14 per cent sheds light on just how important it is that we have synergy in growth between our municipalities, because while certain council plan their municipalities or their First Nation, we have to be mindful that residents don’t see those borders.

“That’s why we are going through a regional housing strategy to understand the different OCPs spread across the partners and how that can create more synergies.”

Wooldridge says the unprecedented growth, not only across the region but within each of the six jurisdictions, makes it imperative that housing, transportation and environmental matters are balanced with an eye both regionally and municipally.

Statistically, Lake Country continues to be the fastest growing municipality in the Central Okanagan.

The City of Kelowna’s desire to move people from the outskirts of town into core areas seems to be working.

According to census figures, the city has the third fastest growing downtown of any CMA.

With a slowing of immigration due to the pandemic, much of the growth seen over the past two years specifically has been a result of migration from other parts of the province and country.

The Kelowna CMA benefited from the fact B.C. was the only western province which saw more people move in from other parts of the country than move out, a net gain of 97,424.