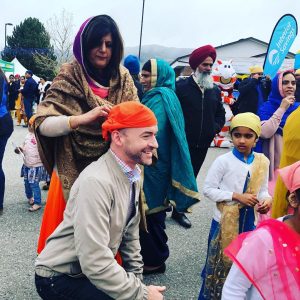 Councillor Mohini Singh is bringing forth the motion to show the community that Kelowna stands for multi-culturalism and inclusivity.

Councillor Loyal Wooldridge will also vote in support of the motion.

He stressed the importance that, as a municipality, they stand up for what’s right and represent everyone in the community.

“It’s really creating an ‘us and them’ mentality and we just don’t have room for that within our society and our culture. Canada is known for being welcoming and being inclusive and legislations like this just create more division and create more divisive behaviour,” said Wooldridge.

The bill bans most government workers in the province of Quebec, including teachers, police officers, judges and others from wearing many religious symbols, while on the job.

Wooldridge said some religious members in the Okanagan feel oppressed by this ban, although they are not a part of Quebec.

He wants to show everyone in the community that their leaders are standing behind minorities who may feel oppressed in Canada.

“To me, silence equals acceptance. So I believe, as leaders in our community, it is our responsibility to stand up for everyone and to say that it’s not okay to take away a person’s basic right to practice their religion.”

People gesture during a demonstration in Montreal, Sunday, April 7, 2019, in opposition to the Quebec government’s newly tabled Bill 21. THE CANADIAN PRESS/Graham Hughes

City of Kelowna councillors passed a symbolic motion on Oct. 21 in opposition to Quebec’s Bill 21.

Bill 21, also known as the secularism law, bans Quebec’s teachers, police officers, judges and other public officials from wearing items like hijabs, turbans, kippas and crucifixes while at work. The law also affirms pre-existing legislation that requires citizens to uncover their faces when accessing public services, such as municipal transit and the legal system.

Councillors voted unanimously in support of the motion presented by Coun. Mohini Singh, following the suit of several Canadian cities that have already opposed the bill.

“When this first became law, I was aghast; I was horrified,” said Singh.

“I didn’t think me, as a little city councillor, could do anything about this. Brampton passed a motion similar to ours and then when Calgary did, I took notice.”

Singh cited a statement Calgary Mayor Naheed Nenshi made upon his city’s motion against the bill: “It is late, we are making this action late. But it’s never too late to do the right thing.”

“This doesn’t just impact the people of Quebec, this has nationwide implications.

“This creates two classes of Canadians and it absolutely violates the very tenets on which Canadian society was built.”

Despite some community pushback due to this bill being out of council’s jurisdiction, Coun. Loyal Wooldridge said “all leaders need to speak to injustice.”

“Division methodically happens over time with the silence of good people and I truly believe no one has the right to take away someone’s right to practice their religion,” he said.

“Diversity and inclusion make us stronger.”

Coun. Charlie Hodge said he was “surprised” this issue is still coming up.

“It’s very important for all elected officials, no matter what level they’re at, to say that Bill 21 is wrong,” he said.

While Coun. Luke Stack said he normally doesn’t like weighing in on issues outside of the city’s jurisdiction but this caught his attention.

“We have worked so tirelessly and diligently towards becoming an inclusive society where all can feel the freedom to believe what they want and wear what they want,” he said.

“As long as you’re a responsible citizen, you have the freedom to live your life the way you want.”