Canada Day 2020: A Time for Reflection on Reconciliation 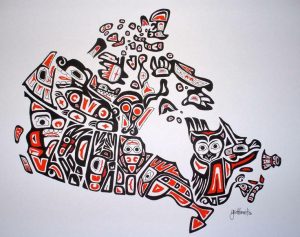 Canada Day was different this year. The pandemic we are all facing has muted many celebrations which for me, is a time of reflection and contemplation. As a proud Canadian, I celebrate the values of freedom, diversity, kindness and acceptance and I’ve also come to know the darker side of Canada that is rarely acknowledged. I’m being called to speak about what I have learned and the uncomfortable truths that follow.

I am fortunate to have the opportunity to live, work and play on the ancestral, traditional unceded territory of the syilx/Okanagan people. It is with gratitude that we not only share this land but also learn the wisdom that the traditional stewards of these lands share with us for mutual benefit.

This is the space and the time to lean into uncomfortable learnings, begin to acknowledge the true history of our country and recognize that many communities, cultures and languages were destroyed for what we now call Canada.  Given the current climate of anti-Indigenous and anti-black rhetoric this discussion is impossible to ignore.

I recognize that the office in which I hold is based on colonialism.  Some may criticize my perspective herein as hypocritical because the government structure I work in essentially created this mess.  However, it is through listening, learning, fact checking and holding space that I believe we can work towards true reconciliation and meaningful action. We must recognize that broadening our perspectives does not take away from what we already know and appreciate. In actuality, it strengthens our identities as Canadians, makes us more complete and provides more opportunities for sharing and for growth.

While I am grateful for a life of great opportunity, this is an important conversation to have.  As a white, cis-gendered person I grew up with little knowledge of colonialism.  At elementary school, I was aware of Westbank First Nation and attended assemblies showcasing First Nation culture but never truly understood the amount of atrocities that lead to Canada being formed.  At the time, our education system did not include history of pre/post contact, settler borne disease, treaties, the ‘60’s Scoop’, ‘Indian Hospitals (where testing on humans took place using First Nation people as subjects), residential schools or inter-generational trauma.

It is important to note steps are being taken in education to address this.  Recently School District 23 & Westbank First Nation signed ‘The Equity in Action Project’ representing some of the current directions being taken by our School District partners to address systemic barriers impacting Indigenous student achievement. The Equity Scan defines a collective and collaborative decision-making process for school districts to enter into a genuine and meaningful self-assessment dialogue about the experience of education for Indigenous learners and to respond in strategic ways to create conditions for success.

As a young person each July 1st, I would proudly dawn maple leaf tattoos on my cheeks dress in red and white to make my way down to the parades, festivities and end the day with triumphant fireworks.   I did not have the perspective to consider how my Indigenous friends may feel to see fireworks celebrating the confederation of a country that resulted in their genocide.

Many acquaint ‘genocide’ as only occurring in concentration camp gas chambers and I know the topic is sensitive.  However, the Truth & Reconciliation Commission stated after investigation the totality of policies toward Indigenous peoples amounted to cultural, biological and physical genocide.  These facts about the story of Confederation are commonly lost or omitted in our learnings.

Mi’kmaw lawyer Pamela Palmater explains in a piece about Canada 150 for Now Toronto “..laws were enacted in Canada offering bounties for scalps of Indigenous men, women and children.  The treaty negotiation process itself was conducted under conditions of starvation or threats of violence. While some argue these acts were committed pre-Confederation, it must be kept in mind that they are in fact how Canada became Canada.”  Alcohol, which did not exist in North America prior to contact, was used to influence to persuade decision making and agreements in favor of the settling population.  The introduction of alcohol still plagues First Nation communities today fueling addiction to cope with intergenerational trauma.

While we applaud progress these issues aren’t part of the past.  Indigenous women continue to be harmed and victimized in what experts call a genocide.  Missing Murdered Indigenous Women still go unaccounted for with little to no justice served.  Incarceration rates of Indigenous peoples seem low at 4% of the population, but some prisons contain nearly 100% Indigenous inmates.  Thousands of homes, including entire First Nation communities don’t have clean drinking water, in a developed country. Many First Nation communities have been described as 3rd world living conditions with no context provided as to how these situations came to be nor the disastrous repercussions that are the result. Indigenous children are still over represented in the foster care system.  Most recently a First Nations Chief, was treated with excessive force by the federal police force.  Another example of the systemic challenges that our country faces even in 2020.

Many immigrant communities celebrate Canada Day because of the freedom that our country offers.  It must be acknowledged that many were fleeing unsafe and cruel lives abroad and that Canada allows a new-found freedom to celebrate.  This does not erase the truth behind our history that needs to be part of the story.

While my experience is that of a white person, I extend some recommendations of my own learnings to understand where we can start to regain trust with our Indigenous friends.  I credit the kind folks from our Indigenous communities like, Westbank First Nation and organizations like Kairos Canada for educating me. Montreal Community Network recommends, “Being an Indigenous Ally is about a way of being and doing.  This means self-reflection, ‘checking in’ with one’s motivations and debriefing with community members is a continual process; it is a way of life.”  It’s about checking your biases daily and challenging them to determine your root intention.

In learning from our Indigenous community, it has been explained that the intention of sharing Truth and Reconciliation is not to shame but to humble us.  We can’t erase the past but we can have meaningful conversation and actions to make amends with a dark legacy.  Further, fostering the true vision of mutual respect, prosperity, protection and care as originally envisioned in the treaty process.

For many of us living in this ‘messy middle’ of reconciliation, we can at least start with educating ourselves.  This is uncomfortable and by no means perfect.  The process is how we become a stronger society and this quote by Michelle Obama from her book ‘Becoming’ says it well:

“For every door that’s been opened to me, I’ve tried to open my door to others. And here is what I have to say, 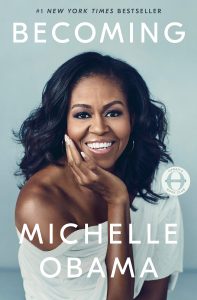 finally: Let’s invite one another in. Maybe then we can begin to fear less, to make fewer wrong assumptions, to let go of the biases and stereotypes that unnecessarily divide us. Maybe we can better embrace the ways we are the same. It’s not about being perfect. It’s not about where you get yourself in the end. There’s power in allowing yourself to be known and heard, in owning your unique story, in using your authentic voice. And there’s grace in being willing to know and hear others. This, for me, is how we become.”

From my experience and learnings from First Nation elders and community members I’ve come to know the humor and soft side that is revealed when trust is developed.  As difficult as our history is to hear, there is healing, on both sides to be recognized.

As I continue to work to be an Indigenous Ally, here is a list of where to begin.  By no means is this list exhaustive but it is shared from my own journey with the intentions of helping others begin theirs.

Truth & Reconciliation:  In order to redress the legacy of residential schools and advance the process of Canadian reconciliation, the Truth and Reconciliation Commission makes the calls to action following extensive research and investigation.

United Nations Declaration on the Rights of Indigenous Peoples (UNDRIP):  is an international instrument adopted by the United Nations on September 13, 2007, to enshrine (according to Article 43) the rights that “constitute the minimum standards for the survival, dignity and well-being of the indigenous peoples of the world.”

Take the Indian Out of the Child:  a Nation-based story rooted in the Syilx collective memory. It was undertaken 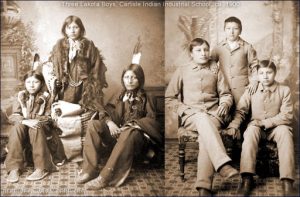 through the support of the ONA Chiefs Executive Council in response to the voices of Survivors who were ready to speak and members who drew attention to the impacts of Indian residential schools in our lives today. The stories in this book come from interviews with over 50 people from across the Syilx Okanagan.

Scnnewips Heritage Museum: A short journey to the Scnewips Museum will cultivate an in-person perspective of 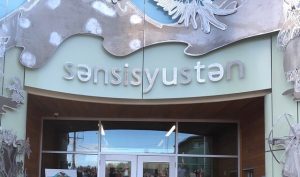 the syilx/Okanagan peoples.  The Museum believes in the power of the syilx voice to inspire, educate, and transform.  They are dedicated to collecting, preserving, restoring and interpreting art and artifact collections that reflect the heritage and natural history of the syilx/Okanagan People.

On a year where our celebrations have been muted by causes greater than us let us take the time to reflect, to learn and hold space for truths that the society we have grown in may have omitted.  There is indeed grace in hearing and understanding others.